CHAOS’s Natalia Rincón: “The right people in an organization, who can push the vision, are the biggest assets.” 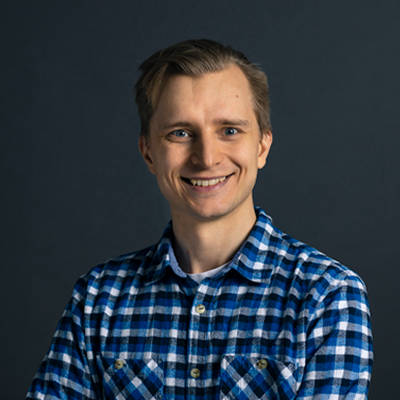 Maintenance and modernisation are major expenditures. Ahead of deciding on these procedures, the best way to prepare is to have good insight into how the current equipment is used. With data, you are able to point to exactly where a problem lies and effectively address it. This is what the KONE – CHAOS partnership has shown.

KONE, a global leader in elevators and escalators, teamed up with CHAOS, an urban forecasting company, to jointly develop their offering in the field. Natalia Rincón, Founder and CEO of CHAOS, found the partnership to provide further validation for their offering.

“We are focused on developing the city [analytics and forecasting] ecosystem for the real estate market,” she describes their journey. “However, we had been more focused on builders, property developers, and real estate investors.” Working with KONE made her team realize they had developed something that is valuable for service providers like KONE.

The solution developed by CHAOS and KONE together took data analytics in public spaces, where KONE’s products have been deployed by their clients, to a new level.

“We started testing what are the needs from KONE side to understand crowds,” Natalia says. “They gave us a lot of freedom to propose.”

CHAOS began working with the KONE development team. They began cleaning up the data KONE has collected with their clients and created an index. With this new forecasting model, the KONE sales teams were suddenly able to offer better services for said clients. The pace picked up and soon the entire Nordics sales organization was on board. Not only did the model work really well, but there was an influx of ideas from KONE’s end on where to go from here.

“We hit a good spot regarding their sales and modernisation processes,” Natalia says.

“The continued work with KONE has been a great validator for our vision,” she continues, referring to KONE’s People FlowⓇ. CHAOS’s vision is to create more livable cities. KONE’s vision is to deliver “the best people flow experience”, concerning how people move in and between buildings. “I’m happy we can help them develop that vision,” Natalia summarizes.

Natalia found the Foundry Venture Client Cycle to complement their experiences with other ecosystem organizations. The practice of doing targeted customer bidding over general pitching was something her team found more useful in seeking partners at this level.

“The industry is overloaded with pitching events,” she explains. “I have participated in so many and I always give this feedback: a pitch is for investors or a general audience. Otherwise, you are asking for a customer bid.”

Both KONE and Combient Foundry were open and attentive in Natalia’s opinion. The level of commitment combined with the relaxed attitude about the final demos at the Value Proposition Days made her team feel they were in good company.

“Already you feel like you’ll be listened to,” she says, referring to the early part of the process before the actual work had even begun.

Making the collaboration work has been in large thanks to the aligned visions between the two companies. It is important also, that the vision is not merely stated, but pushed forward. Natalia felt this is what works at KONE with People Flow extremely well.

“The right people in an organization, who can push the vision, are the biggest assets,” Natalia declares. “So if Foundry is identifying these people and connecting them with the innovative startup ecosystem, then that’s a great match.”

CHAOS and KONE have ongoing development. Their discussions are including new divisions within KONE and working closely with the R&D department. With data backing them up, their approach towards R&D is moving in a new direction.